Red River Theater is a small, community-oriented, movie theater located on mainstreet in Concord, New Hampshire. It was opened in 2007 after seven years of local efforts and fundraising raised almost 1.8 million dollars. The theater has a focus on arthouse film, and is known for showing movies and documentaries that may not get a universal release. The space can also be rented for community events or musical acts. It’s a really cool space, and a great spot to see a movie. There are three different screening rooms in the theater, two large more traditional theater space and one small room with about twenty seats. There’s also a Greek restaurant down the street called Gyro House that makes a really incredible gyro. They put french fries right in the gyro, which is a move that really elevates the gyro experience. I’ve seen a few movies at Red River, but the one I will be writing about for this post is the new Spike Lee film, Blackkklansman. 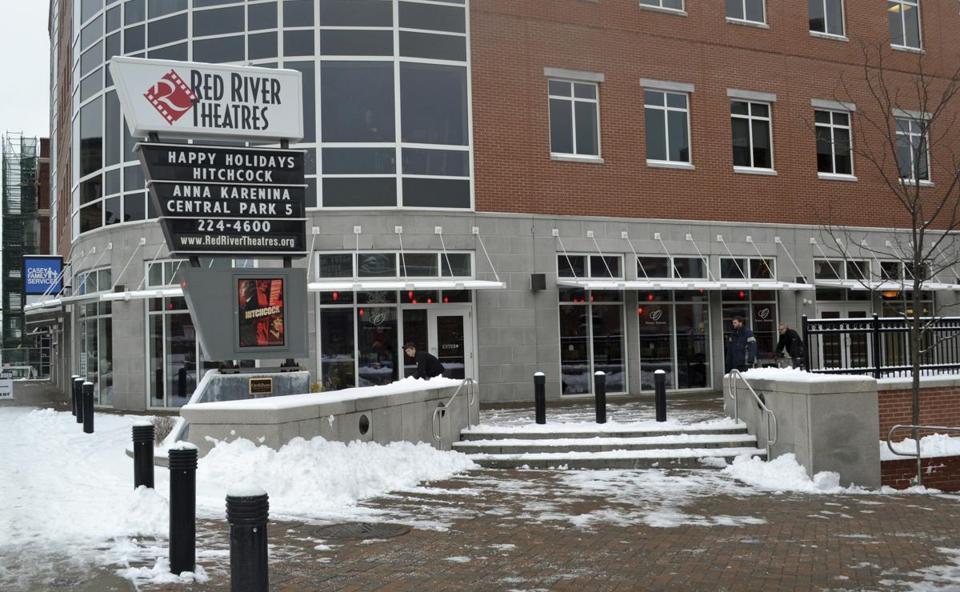 As stated by Louis Althusser in Ideology and Ideological State Apparatuses: “Ideology represents the imaginary relationship of individuals to their real conditions of existence.” By this statement, Althusser is explaining how the imaginary belief system an individual is indoctrinated into by a larger apparatus (such as the state) manifests and reinforces itself in reality. In Blackkklansman, Spike Lee uses deft filmmaking and sharp writing to expose the ideology of white supremacy in the United States, and show how it reinforces oppressive “real conditions of existence.”

When I saw Blackkklansman at Red River, the theater was relatively packed, and there seemed to be a lot of anticipation. The film is based on the true story of Ron Stallworth who, as the first black detective to serve in the racist Colorado Springs Police Department, infiltrated the KKK with his Jewish partner, Flip. Using an ingenious plan conducted by Stallworth, the two penetrate and expose the inner workings of the KKK. Although the film takes place in the 70s, Spike Lee uses Stallworth’s story to unmask the ideology of white nationalism that very much still exists in modern-day America. Lee does this through subtle but pointed references to modern-day hatred and nationalist rhetoric- such as references to “Make America Great Again” and “America First”- and closing the film with a montage of the Charlottesville hate attacks that occured in 2017. Most of the events in the film can also be seen as allegorical references to the modern-day ideology of white supremacy, such as white cops asserting the dominance of the state through propaganda and violence. By the end of the film, the audience seemed really affected and thoughtful, sitting for a couple extra minutes to really absorb what they had just seen, thinking and internally raising questioning about where they have seen the consequences of the ideology of white supremacy in their own lives.

Spike Lee at the 2019 Academy Awards:

This film -and more importantly to the point of this blog post, the theater itself- is important to the community and critical theory because through Red River Theater ,a local audience (like myself) has the opportunity to see movies and go to events that raise questions relating to theoretical concepts, such as, in the case of Blackkklansman, the underlying ideologies that structure our lives and the real-world consequences of not recognizing them. This is especially important our modern day in a media landscape, in which we we are inundated with content and limitless options. Red River offers a curated, more community-oriented experience, that helps people question and examine their world view. Something that is one the most important results of studying critical theory.

The Student Theorist: An Open Handbook of Collective College Theory by Merak Alosa is licensed under a Creative Commons Attribution 4.0 International License, except where otherwise noted.