I have learned throughout this semester that when I become a teacher I want my students to fully understand what is being taught. During the month of April, I went to an award ceremony for a teacher accepting an award as well as giving a talk about the importance of understanding student needs and wants in order to be successful. Her method of teaching revolved around mathematics but her theory behind teaching pertained to all aspects of teaching and all subject matters. One of the subjects she talked about was addressing students’ needs and how they come back full circle to address your needs as a teacher.

This teacher was struggling with making classes beneficial for students. Her students were not fully understanding the concepts. They were getting frustrated with the work and the students were at different levels of understanding. She was attempting to make sure everyone was learning at their own pace but still understanding fully. Unfortunately, many students were shutting down and reverting back to their childhood behavior which included the refusal to do work because it was hard. These kinds of behaviors are always with us, but we have a way of keeping them inside, repressing those ridiculous outbursts of defiance.

Theorists teach us about different theories. Sigmund Freud is a famous theorist who studied psychoanalytic theory. This theory has many working parts but comes down to one specific whole; the workings of the brain. Some of the working parts of psychoanalytic theory are repression, the ID, and the ego. The ego is the conscious self and the one that represses desires to fit-in. The ID is the unconscious self. This compels us through life and places a boundary between itself and the ego.

Freud spent most of his life studying the boundary and the dynamic movements between the conscious self or the ego and the unconscious, which he later came to call id. The id is the site of the energy of the mind, energy that Freud characterized as a combination of sexual libido and other instincts, such an aggression, that propel the human organism through life, moving it to grow, develop, and eventually die (Rivkin & Ryan, 3 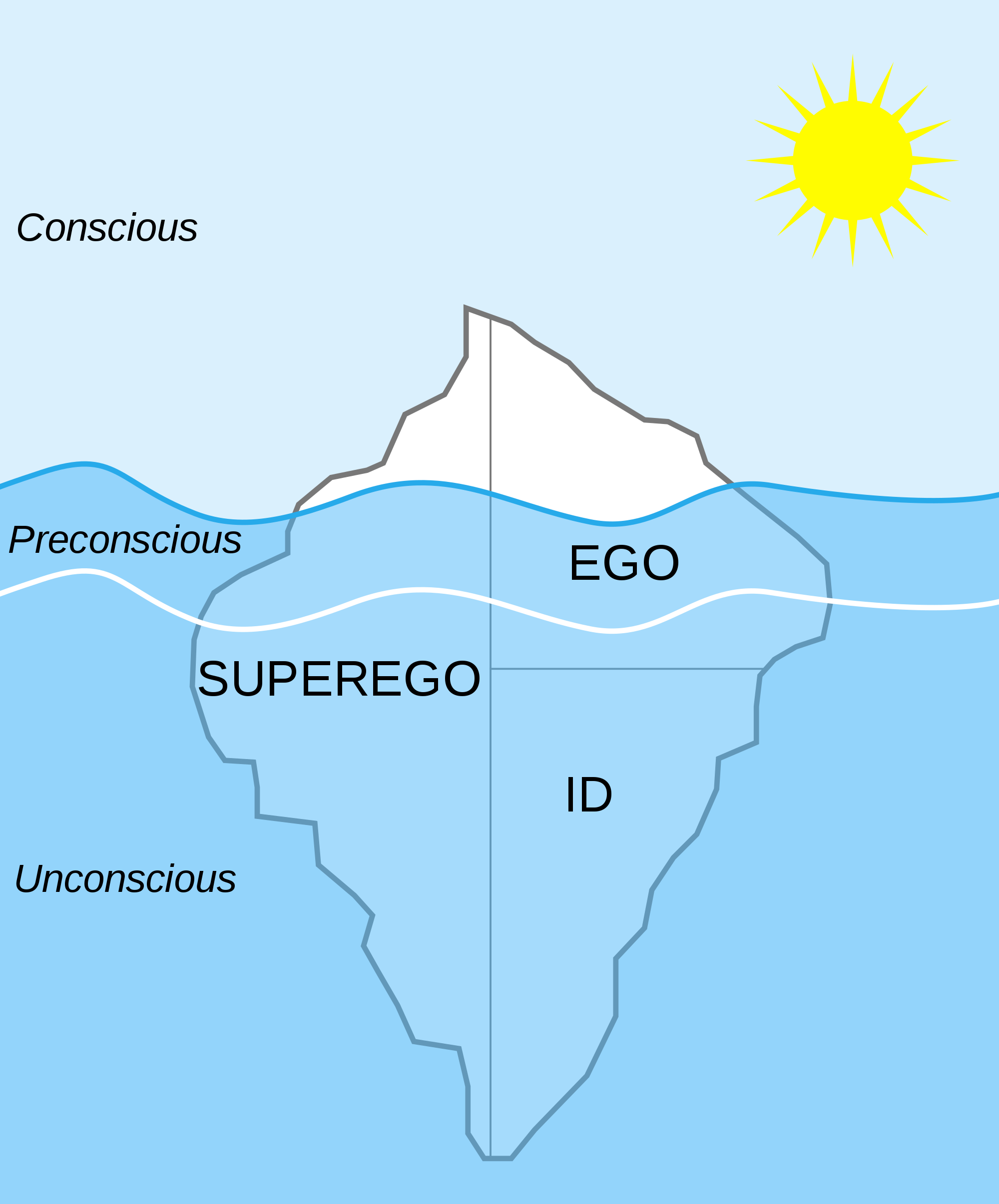 The ego and the Id are important parts of the brain that aren’t fully understood, there are many parts to the brain but these two parts are what drive daily responsibilities and reasoning. Along with the id and ego is repression. “Repression is essential to civilization, the conversion of animal instinct into civil behavior, but such repression creates what might be called a second self, a stranger within, a place where all that cannot for one reason or another be expressed or realized in civil life takes up residence” (Rivkin & Ryan, 389). Repression is more than just preventing ourselves from showing our animal instincts, its also about leaving behind specific memories, stages of development, tragedy, and harm. Leaving those things in the past, sort of like when children of abuse don’t remember much of their childhood once they are removed from the abusive situation, they go onto living healthy abuse free lives and have little recollection of the past.

The connection between the ID, the ego, and repression to teaching is beyond the traditional views of psychoanalytic theory. Every student who comes into the classroom has come from a different background and come from different learning environments as well as different home life situations. They have all repressed different parts of their past but we as teachers see these repressed behaviors appear out of the ego when things get hard. Sometimes the ego holds in these outburst behaviors for society’s sake, but when the limit is met and pushed we tend to see these behaviors reverting back to childhood outbursts.  “It is the secondary processes of the mind, lodged in the ego and the superego or conscience, that bring reason, order, logic, and social acceptability to the otherwise uncontrolled and potentially harmful realm of the biological drives” (Rivkin & Ryan, 391). As the speaker was saying, these students would protest doing the work and make comments like, “I already learned this” and “why do I need to learn this again?” She also learned that this wasn’t typically the case. These kinds of comments are made when the work is too challenging or not challenging enough. I have seen this happen with middle school aged students. Once we get into high school and college then the working world we have learned that this kind of behavior is not acceptable in society. So unconsciously our ID takes those kinds of learned behaviors and represses them into the ego.

At first, I had no idea how critical theory could connect to teaching, or this particular speaker. I left the auditorium completely discouraged, but as we have been talking about all semester long, theory is all around us. We are surrounded by theory constantly, and people are made up of many different examples of theory. Psychoanalytic theory is relatable for everyone. Freud analyzed the brain and concluded that all people have a physical brain and all people have these parts of the brain that holds things in, that helps them become a more socialized person, and their identity which comes from the symbolic order. The world gives us these identities, and we are who we are because of these identities and we sometimes choose and sometimes don’t. Knowing the identity of every student as a teacher is extremely important because this is the only way we will be able to understand them. In order to serve every student appropriately we must understand how their minds work, how their ego and id works. What things they have repressed and what may surface and cause disruption. We must know how to alter lessons to suit all students, not only a few of them. Psychoanalytic theory surrounds us in daily situations. The itch to yell at someone who is being annoying, but having the ability to hold it in. Or seeing someone get slapped might trigger something in you but instead of getting out of character we rely on our id and ego to keep us in line. We as a human race live surrounded by theory every waking moment. We are walking theories. Whether we are teaching or get influenced by who we surround ourselves with, we are surrounded by examples of theory every minute of the day.

The Student Theorist: An Open Handbook of Collective College Theory by Cassandra Gray is licensed under a Creative Commons Attribution 4.0 International License, except where otherwise noted.